You have arrived at the train station in Cambridge, dropped your bags at the quaint, half-timbered B&B, and decided to save the pleasure of studying the town until tomorrow.  However, you do very much need a proper English tea.

Before there was a Grantchester television series with an impossibly handsome Anglican vicar named Sidney Chambers (James Norton), there was—and still is—the impossibly charming village of Grantchester, an easy 40-minute walk southwest of Cambridge.  This is just the place to find your tea and scones in a quintessentially English country setting. 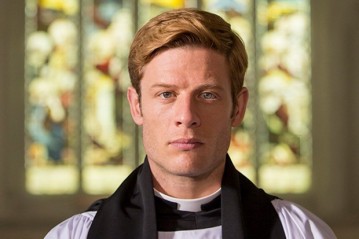 Your walk begins at the Mathematical Bridge.  The legend goes that medieval scholars assembled the wooden bridge without a single nail—just by calculating inclines and pressures. But when modern scholars took it apart to analyze it, they couldn’t reassemble it without braces, screws, and nails.  It’s a good story.

Anyway, you stroll from Grantchester Street to Eltisley Avenue and soon find yourself walking a flat earthen path meandering through the Grantchester Meadows. Here and there the River Cam peaks out at you from the soft, green weeping willows overhanging its banks.  Bluebells, lilacs, primroses, and cowslip escort the river on its leisurely way.  Meadow flowers festoon the fields. No motors disturb your reverie, and so you easily drift into a daydream of walking through Victorian or Edwardian England .

Almost too soon you find yourself coming up to the High Street in Grantchester where you face the pleasing 14th-century stone Church of St. Andrew and St. Mary with its square bell tower.  With a turn of the head you see, swathed in ivy, the brick 17th-century Vicarage that was once home to the poet Rupert Brooke and to the novelist Jeffrey Archer.  And now, the handsome Sidney Chambers. 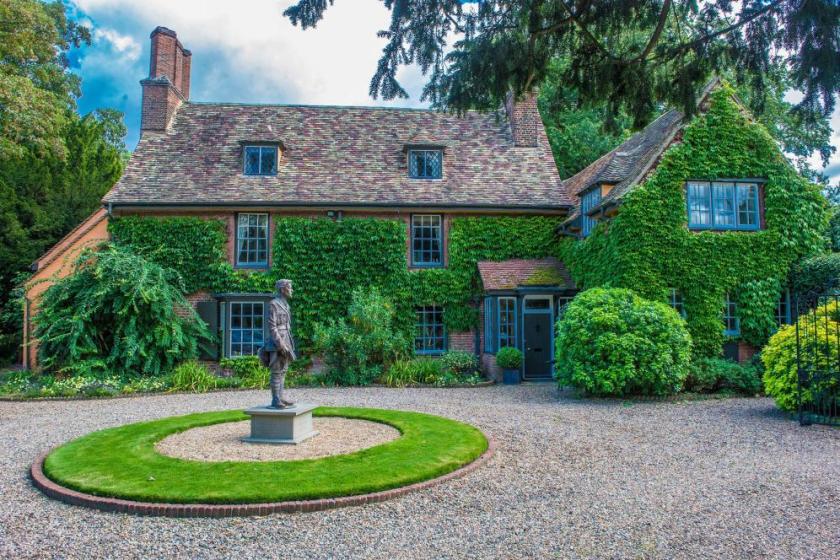 But you’ve earned your tea now and so stroll left on Mill Way for just a few yards where you see the Grantchester Orchard Tea Garden.  Scattered beneath apple trees are low-slung canvas chairs where have sat relaxed and cozy tea-drinkers ranging from Virginia Woolf to—yourself. Generations of writers, artists, and ramblers have found their ways to this orchard and have spent gentle afternoons in conversation and silence, content in this country grove. Settle in with your tea, strawberry jam, Devon cream, scone and you may agree with Rupert Brooke:

I only know that you may lie

And, flower-lulled in sleepy grass,

Until the centuries blend and blur

—from “The Old Vicarage, Grantchester” by Rupert Brooke

Next Time:  Looking Around Cambridge

Note of apology:  This blog has been delayed as I was completing and sending my book The Downton Era: Great Houses, Churchills, and Mitfords to the publisher.  Be looking for its launch in late October or early November!

12 thoughts on “Walking to Tea in Grantchester”

This site uses Akismet to reduce spam. Learn how your comment data is processed.

An American in Love with England is a blog presenting stories, histories, and travels in England.